the first half of 2014 went by in a blur. i felt that i haven’t been baking much but looking back, i actually made tons of stuff. some of them were uploaded on flickr and forgotten but most of the time, i didn’t bother using my DSLR so i just took some shots with my phone and uploaded them on instagram. here are some of the stuff i made + orders i took as well.

i had a couple of orders for japanese-inspired macarons. this is my first year making sakura ones and according to my customers, they were pretty well received. i guess the saltiness of the sakura flowers and leaves offset the sweetness of the macarons. i also experimented with jasmine flavored macarons. jasmine tea is dirt cheap so i had no qualms in dumping a whole lot of leaves in the cream. yay to pronounced jasmine flavor! 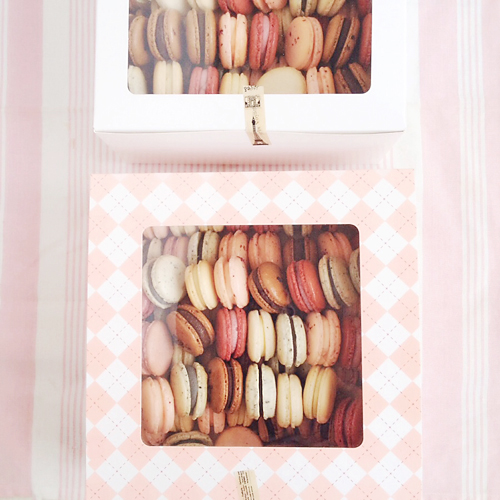 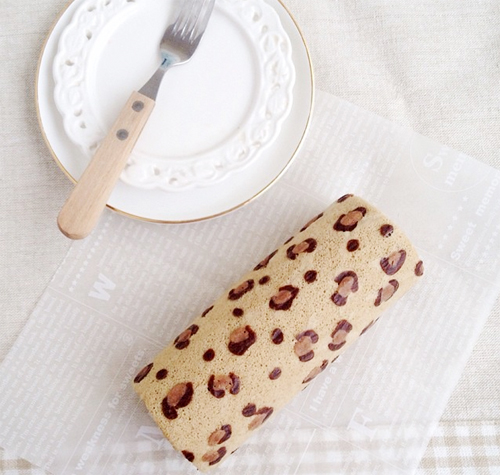 i experimented with leopard print for my roll cake and i’m so happy with the way this turned out. this one is coffee flavored with an espresso italian meringue buttercream. 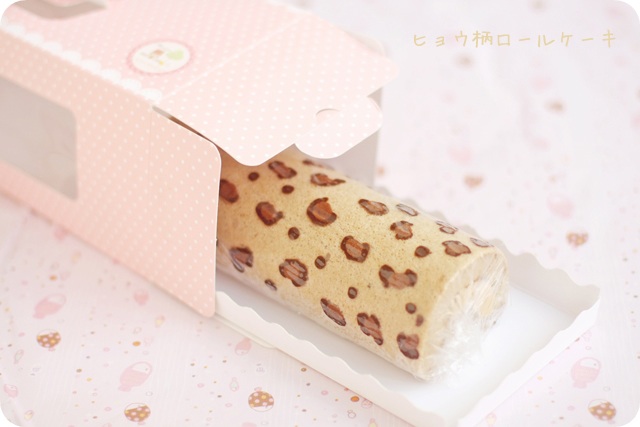 and not long after, i had an order for it! wasn’t actually planning on selling roll cakes actually but i just took this one on because the prints were rather easy to do. i still cannot imagine having to take on customized roll cake orders because i just don’t want to meddle with too much coloring. 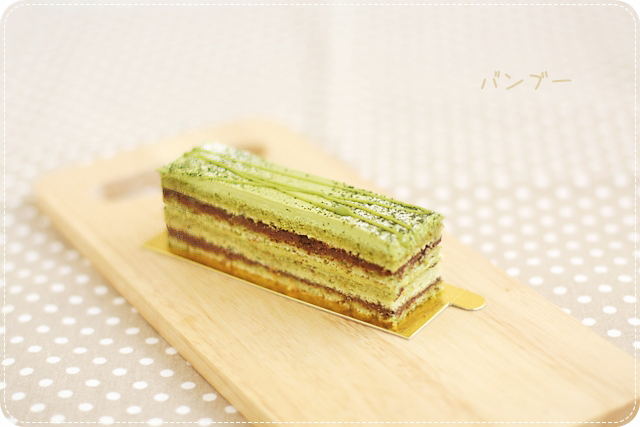 sadaharu AOKI’s bamboo, which is a matcha opera cake. notice i said aoki’s and not aoki’s inspired because this one is really HIS recipe! thought it was not too bad but the egg yolk buttercream did not really hold up in our weather. this is actually an order from my friend daphne who was back from perth for a month. we met up for brunch and she said she wanted to try my cakes. she suggested matcha so i decided on this. glad she liked it! 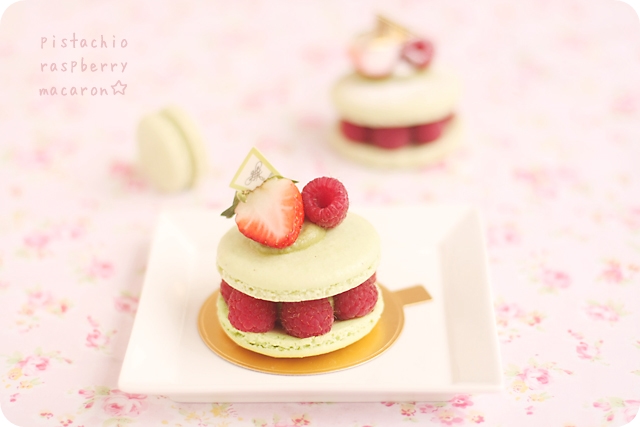 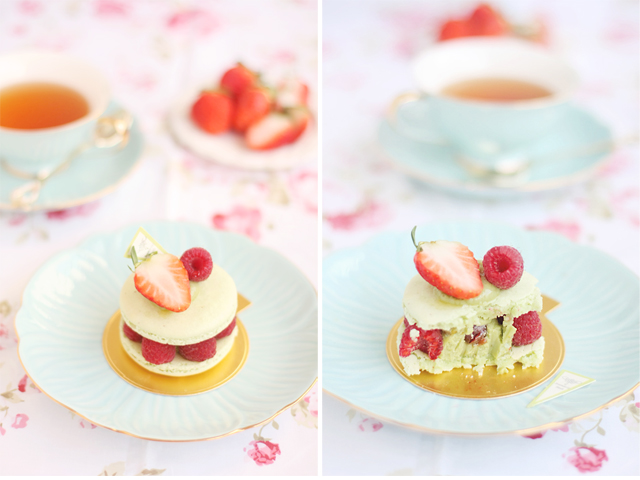 innards. this actually tasted really good – the combination of pistachio, raspberry and cherry. 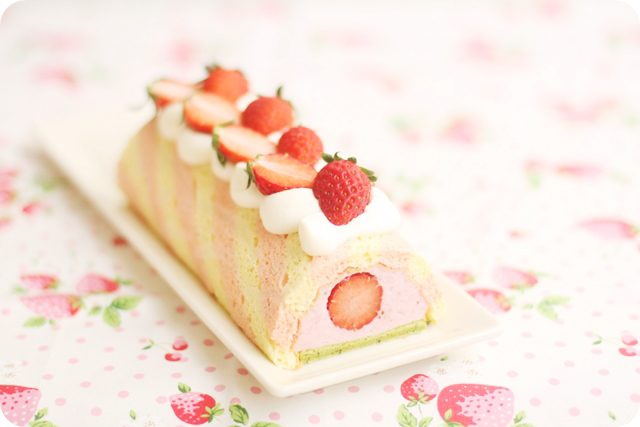 this is a matcha strawberry roll cake that i made during hinamatsuri (girls day) but never got to post it. i experimented with a different roll cake recipe this time, from another japanese book. the cake is actually a genoise which is really dry so i still prefer junko’s. i thought it was rather novel since i haven’t done a roll cake like this with a strawberry in the middle lol 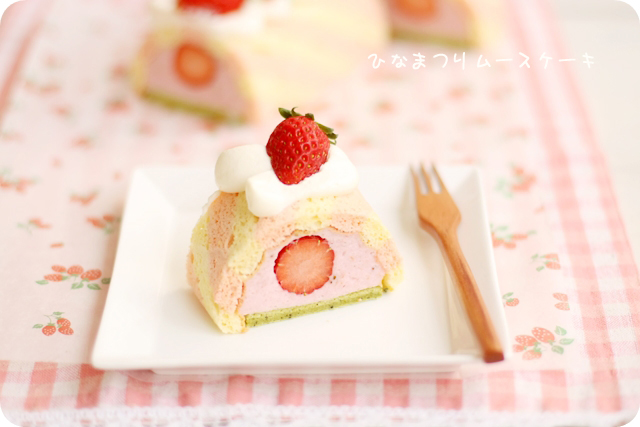 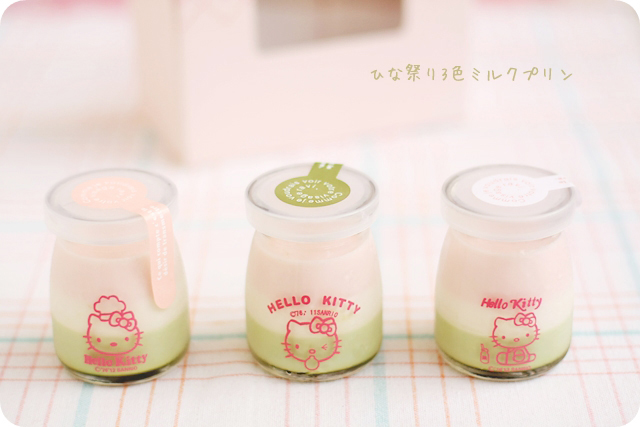 this 3-colored milk pudding were also made during hinamatsuri. 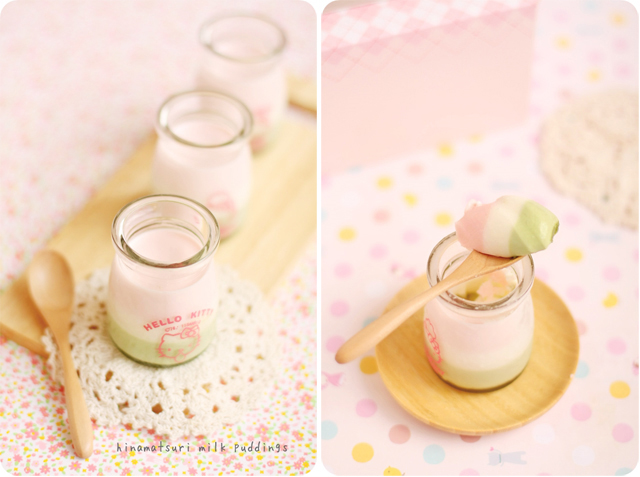 these are so light and tasty! never thought of making milk puddings but honestly, the japanese really came up with lots of 3-colored desserts during hinamatsuri and spring in general – macarons, roll cake, puddings, cheesecake, sushi, dango. its simply mind boggling.

i guess thats about all! i’ll leave some pics out, those that i have recipes to share and that i tentatively would blog about. so many things to bake, so little time!