has it been 3 months already? my apologies for the lack of posts, guys, and happy new year! i’ve had a few concerned emails asking if i was ok, and whether i still intend to blog. yes, and yes! its just that there were lots of stuff to keep me occupy during the year end – my birthday, christmas, hubby’s birthday and new year celebrations so i forgot about my blog momentarily.

anyway i made baumkuchen (read : bum-ku-hen)! this is a cake of german origin but apparently very popular in japan. i knew about it when i first started buying japanese cookbooks. recipes for baumkuchen are everywhere on those books! soon after i chanced upon juchheim, a japanese shop selling baumkuchen at takashimaya but i didnt buy it cuz it was rather expensive. i did try the one from MUJI though, it was good albeit a little too oily for my liking. 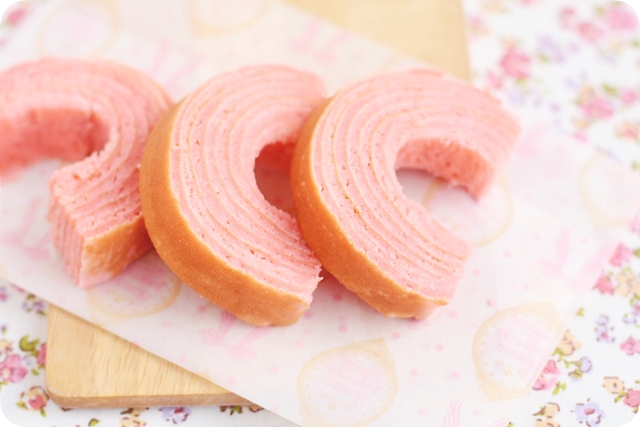 traditionally made on a rotating spit, home bakers have taken to using a tamagoyaki pan. i used a frying pan since its more roomy. you could make it from scratch using the usual flour, sugar etc but i used a hotcake mix instead. basically for this, i ladled a scoop of batter then spread it out on the pan. i then placed a rolled-up piece of aluminium foil on one end of the batter and then roll the whole thing up. you just keep repeating until your batter is used up and you get all the nice layers. it was pretty tricky especially towards the end when the cake got too big to roll up but it was fun to make. i originally wanted to make a matcha one but since i didn’t know how it would turn out, i didn’t want to waste my matcha powder but i would definitely make a matcha version next time. 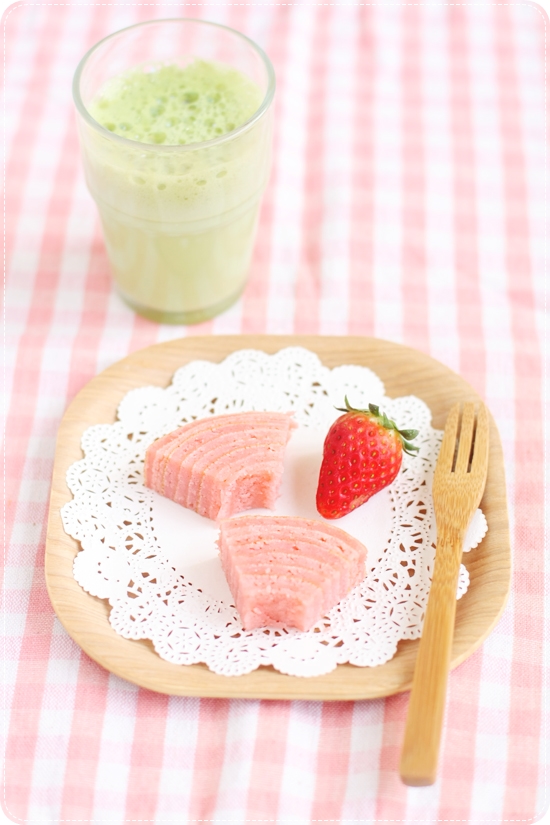 this is how its usually served cut into bite sized pieces. recipe is from here and i think its pretty straightforward. it just requires some practice. this uses 200g hotcake mix but if you’re using all purpose flour, add 2 tsps baking powder.