making sakuramochi again and using my last stash of pickled sakura leaves. remember the first time i made these i used a german blogger wagashi maniac’s recipe. i thought the recipe was a little complicated and time consuming since it involves soaking the sweet (glutinous) rice for 12-24 hours, pounding it followed by steaming. this one is really easy and uses a rice cooker. 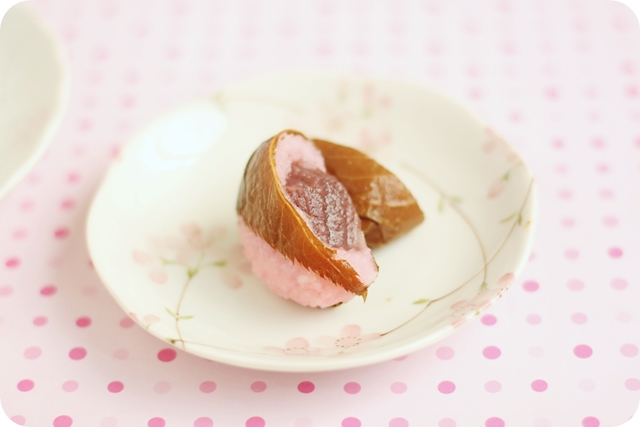 the mochi turned out really nicely. soft and moist with a bite. since you add the coloring into the rice water (before cooking) and pound the mochi after that, its so much easier to do. even if you don’t have sakura leaves, its also pretty awesome on its own. 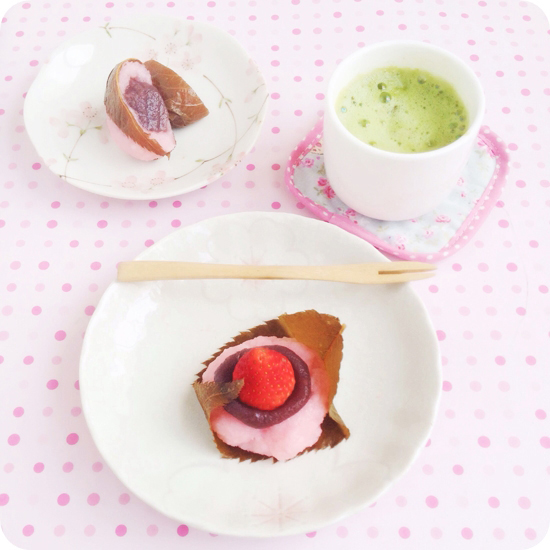 i also made an open-faced version where i placed the koshi-an and strawberry on top of the mochi. recipe is from here and take note that the measurement for the rice is in 合 (Gō) which is a traditional one. i found out that its 180g. 2合 will mean 360g but i halved the recipe and used 1合 (180g) instead. i soaked the rice for an hour and then added slightly less water (about 130ml). you could also use equal amount of rice and water but it will yield a softer mochi.