Skip to Content
Home Brownies For the Love of Dessert: Pecan Sandie Brownies

The motto when entering our new state was “Discover Beautiful Rhode Island.” And that was exactly what I intended to do. Being a new north-easterner, I was warned that the beautiful warm summer weather would be short lived, and that I should probably start exploring right way. The first place we wanted to find was a dog park for Ninja. After all, our dog park in Texas was amazing, lots of space to run around and wonderful friends, human and furry. We really miss them and I know Ninja does too! But, when I took Ninja to the nearest dog park … saying it was a hole … sadly, is an understatement. So, I decided to make Ninja the center of this new journey, creating an album called “Ninja Discovers Rhode Island…and a little bit of Massachusetts” [so I am not the most creative person]. We started with the coolest doormat that we could find: 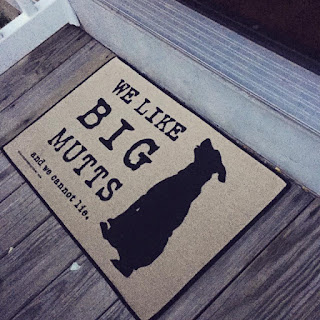 During this hunt for new, fun places to enjoy with Ninja, I stumbled on my favorite place in all of Rhode Island. Chase Farm. It’s a beautiful little piece of serenity and my go to when I had a stressful day or week. It isn’t technically supposed to be an off-leash dog park, but about 99% of the people there have dogs that run around off leash. So we decided to join the party. 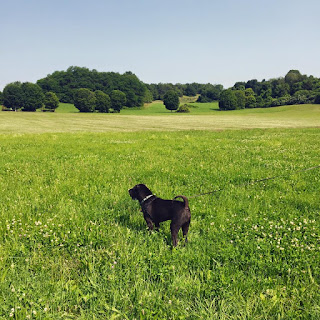 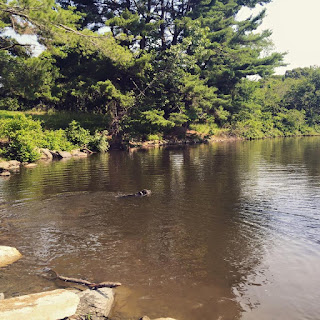 Another fun first here in Rhode Island, was Ninja’s fist time at the beach! Being born and raised in Texas, Ninja has gotten to nurture his cowboy, outdoor side — but not so much his beach bum side. Ninja wasn’t into swimming and splashing around in the water for fun, but he was great at attempting to “rescue” people. There was this one nice woman in particular who was trying to back swim, only for Ninja to think she was drowning. Least to say, he bothered her, A LOT. 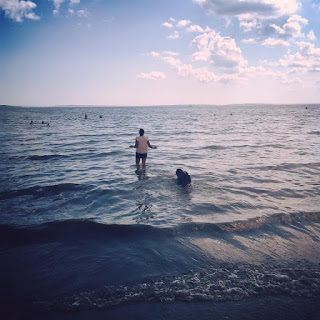 A few months ago, I had a department picnic to go to. My last department get together before heading to Rhode Island. I signed up to bring a dessert but that day, I got behind with moving stuff. I needed something quick and EASY. I couldn’t have my last dish there be something store bought! They say that a great cook or baker is able to look into their cupboards and improvise. That’s what I did. I saw some pecan sandies and a box of brownie mix. And there you have it — pecan sandie brownies! What I didn’t expect was how big of a hit it was at the picnic! Gone in just a few minutes and everyone was wondering what was in them … if I told them I would have had to kill them 😉 Just kidding! I told them, they would have to stay tuned to my blog 🙂 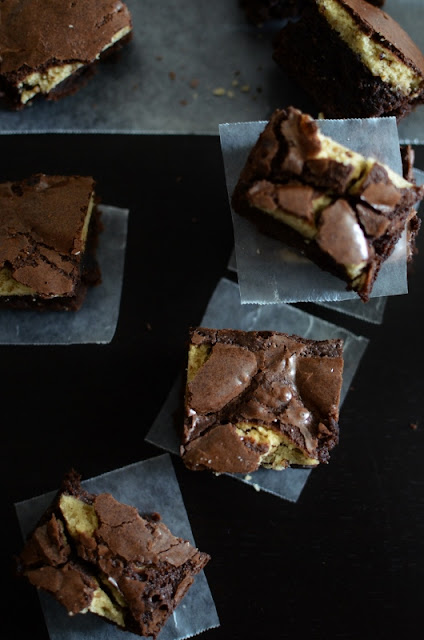 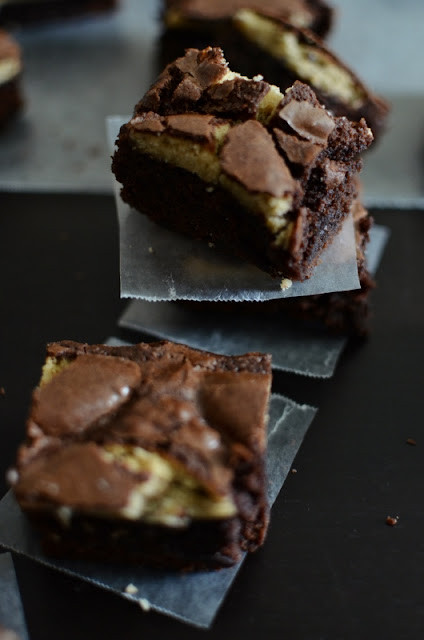 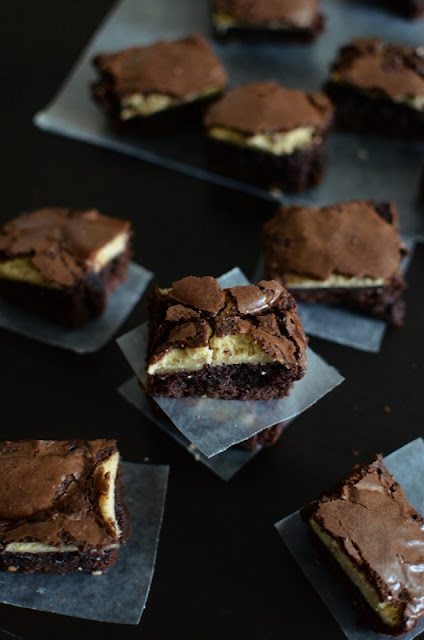 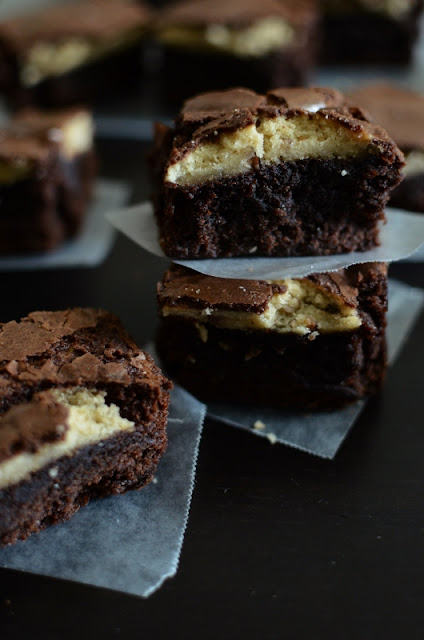 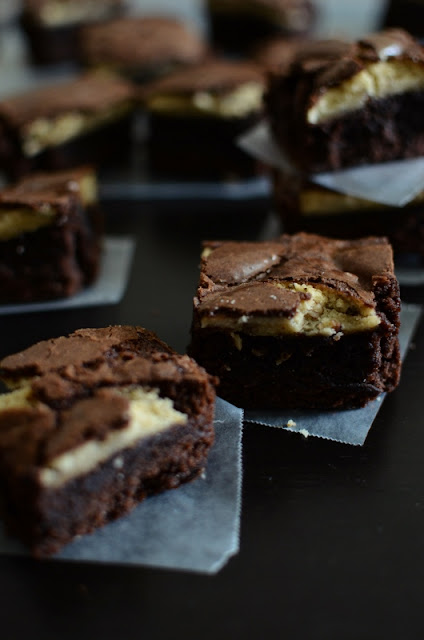 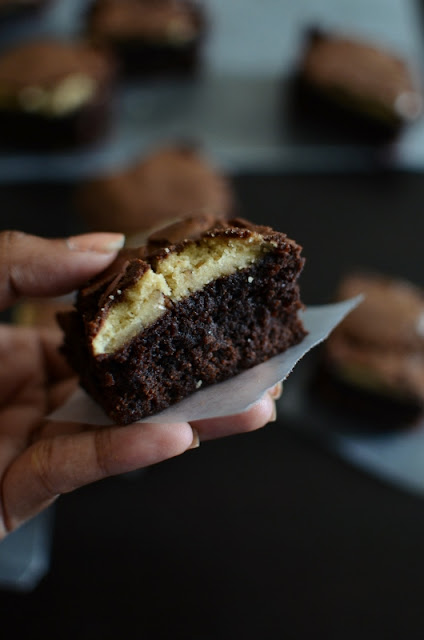 A For the Love of Dessert Original Recipe

Mix brownies according to package directions. Grease a 8×8 baking dish. Pour slightly less than half of the batter into the baking dish. Then line sandies on top of the batter, pressing down very slightly. For me, the last row only fit cookies cut in half. I used about 18 cookies. Then cover the sandies with the remaining batter. Bake for approximately 30 minutes or until inserted toothpick comes out clean. Allow brownies to cool before cutting, with each square containing 1 cookie.

Note: When I made these brownies, my sandies were more to the top then I intended. So I adjusted how much batter you pour before and on top of the sandies in the recipe above, so that the sandie layer would be more towards the middle.